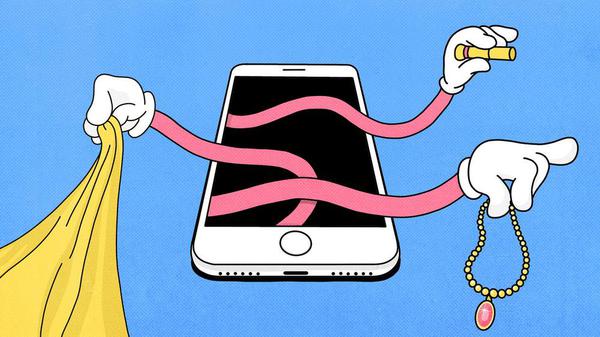 Lucy’s honesty might come as a shock, but she regularly informs 30,000 people about her stealing habit via @ferretsborrowing, a TikTok account she runs. What started out as a way to share a glittery PowerPoint she made for a friend on how to shoplift is now part of what is known as “Borrowing TikTok”. This isn’t the first online community of shoplifters. In 2014, a Tumblr user “outed” a relatively smaller group of accounts that were also detailing their hauls and tips. But according to those in 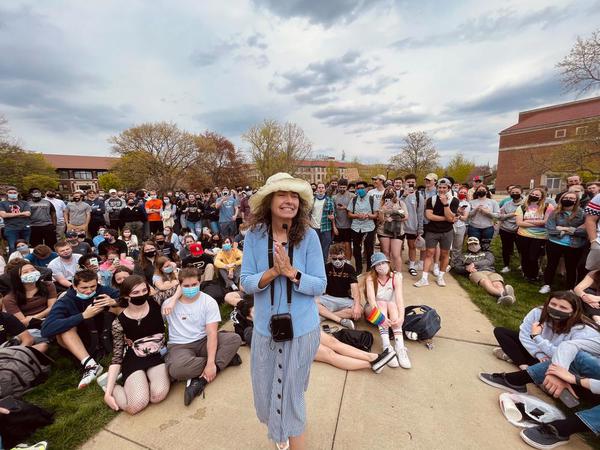 Cindy Smock has 300,000 followers on TikTok. Gen Z loves her. She has iconic catchphrases and is asked for selfies wherever she goes. But Smock isn't an L.A. teen doing the "Renegade" in her content creator house. She's a 63-year-old evangelical Christian campus preacher from Indiana. "Welcome to Sister Cindy's Slut-Shaming Show," she says in one of the many videos that catapulted her to TikTok fame. After finding that college students had been sharing videos online from Cindy and her husband B 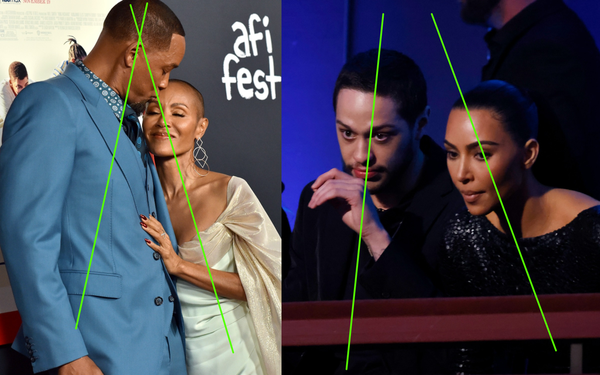 The "green line" test has been trending for a second time online, and making bold statements about relationships. Statements that are a "mistake," according to body language experts that Newsweek spoke to. Despite the "green line" rule having gone viral and TikTok users trying it out on their own relationship pictures, the incel-supported theory has no real credible roots. When Newsweek spoke to experts on body language who analyzed the theory, it was entirely debunked and could actually show s 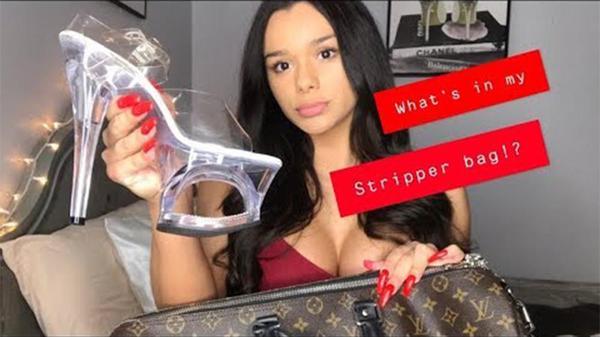 How strippers are telling their own stories on YouTube

“Some people started to find out about where I was working and they started to form their own opinions about it," Cristina Villegas begins. "I wanted to take control of my own narrative so I decided to start vlogging my work experiences to show what it is really like and to set the record straight on assumptions that were made about me." Cristina started stripping at 18, and making videos about it a year later in 2018. She now has over one million subscribers, and she's a veritable trailblazer i 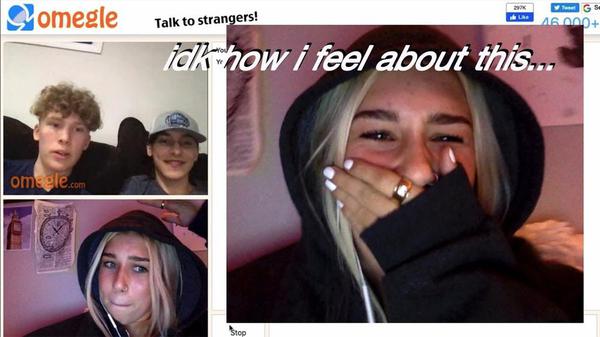 How Omegle made a quarantine comeback

When clubs across the UK closed in March, 21-year-old Amber turned to a surprising alternative to meeting randoms in the smoking area: Omegle. “I really missed being out in clubs and meeting loads of new people, so I thought, ‘I’ll just go on Omegle’ and then I actually met some really nice people, so I just started using it quite a bit,” she explains. “There was a two-week period where I went on it every night.” For most of us, the 2009-born video chat room site Omegle is a distant memory of r 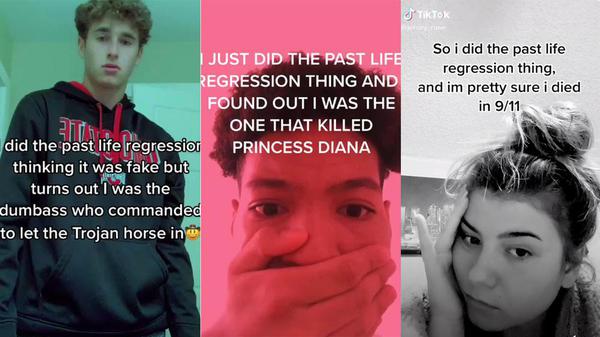 Why TikTokers are hypnotising themselves to see their past lives

When Dahlia closed her eyes she felt “the deepest state of love” and saw herself in her mother’s womb. “I felt euphoria as I remembered these moments,” she recounts. It might sound like the start of some kind of acid trip, but guided by the voice of psychotherapist Dr Brian Weiss in a video, TikToker Dahlia was undertaking past life regression. No hallucinogenics required. Past life regression is a form of hypnosis that takes you into a deep meditative state, handing over the reins to your subc 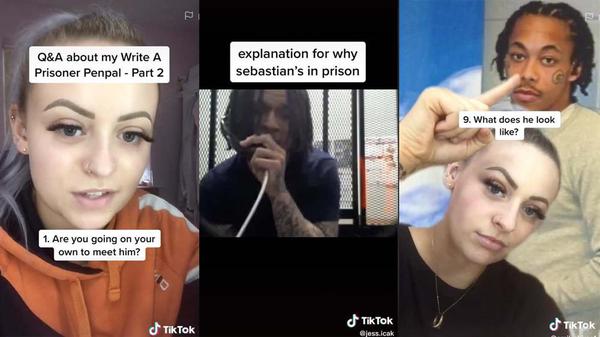 Why TikTokers are writing to prisoners

TikTok is no stranger to politics — whether it’s current rumours of it being banned in the US, videos encouraging safe protesting for BLM activists, or that time teens on TikTok apparently bought out Trump's rally**.** As the app has exploded in lockdown popularity, the platform has become a space for discourse on current events and society just as much as it is somewhere to learn fun dances or look at memes. Against that backdrop, it’s unsurprising — well, maybe a little surprising — that the U 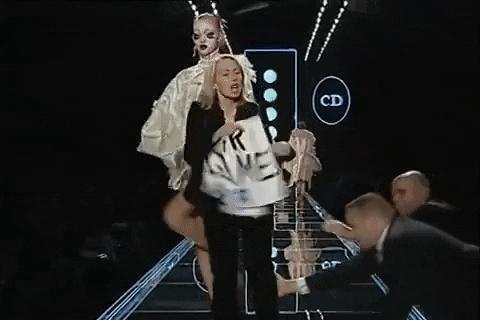 From PETA protestors to topless women, and an actual It seems like nobody on planet earth missed the Chanel prankster at the house’s SS20 show. We saw it. You saw it. Your gran saw it. The stunt from YouTuber Marie S’Infiltre simultaneously set timelines alight and turned Gigi Hadid into a bouncer, minus the earpiece, checklist, and superiority complex. The morality of it all is up for debate but good or bad, it got us talking and provided a little bit of drama (as if we needed any more of that 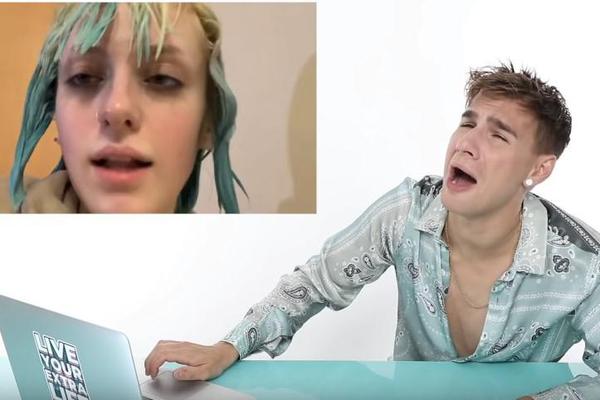 The beauty experts saving you from YouTube’s worst tutorials

From skincare to DIY hair techniques, these vloggers are here to help you navigate the sea of misinformation and give honest and They say a relationship is nothing without trust. So when we started being told to rub lemon juice on our faces and that no look was complete without under eye baking, we knew our one with beauty YouTube was on the rocks. That was until the experts came along. “I just recorded myself watching this girl ruining her hair and I just gave genuine reactions to what was goi
Close ✕